Jake and two of his brothers hiked Mount Shasta a couple weeks ago. They made it a two day trip and reached the summit!
Yes, he did grow out a beard for this. The night before I loaded him up with lots of pasta and bread and sent my bearded man on his way! There are more pictures on Jake's faebook page and he is in the midst of making an (in his own words) "epic video".

Also, I did not buy him a camo bucket hat or would have ever let him... He found it.
Posted by Erica and Jake at 3:21 PM No comments:

After the wedding, since we were already so close we decided to go to San Francisco.  It was fun to walk around the city and see the touristy sites. We saw Golden Gate Park, Haight Ashbury, the Wharf, Union Square and drove across the Golden Gate Bridge. 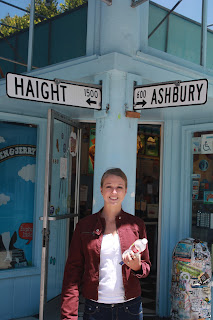 Funny thing about the bridge...

Apparently there is a $6 toll which we had no idea. We saw a lane that was Fastrack or something like that and so we just drove on through. We have no idea what that really is but we used every time there was a toll road in California. We think maybe they'll just send us a bill or something. Can someone help me out and let me know what that's all about? 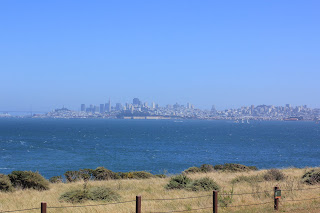 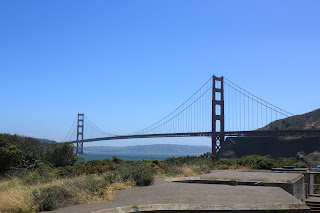 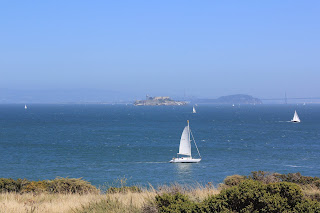 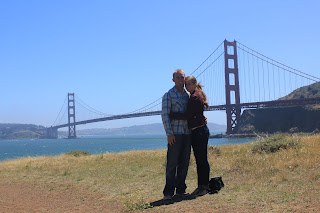 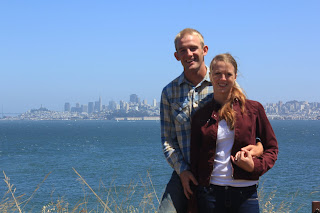 We also went to China town and had lunch there. It was really cool and they had some interesting stuff. Like a hat that had a frog face and then hand warmers at the bottom. 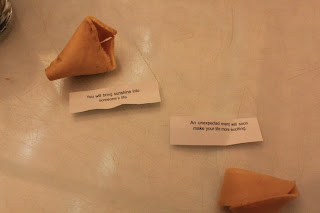 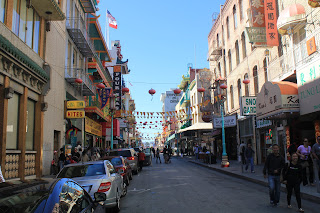 That night, we stayed with his Uncle Keith and Aunt Mary and the next day went to Six Flags! It was so fun and it was cool that they had a bunch of animals, too. 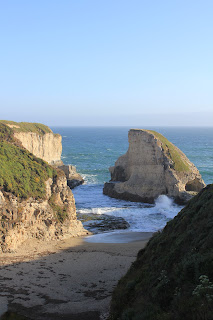 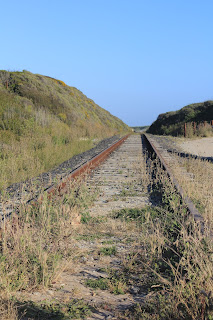 Posted by Erica and Jake at 3:15 PM No comments: 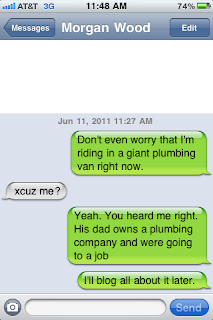 Let me explain...
Jake works for a company that keeps up the yards on foreclosed houses and fixes the plumbing so when a realtor goes to show it, the house looks presentable. His mom sometimes cleans the insides of the houses. It actually makes decent money. I mean, I wouldn't say it's a dream job by any means but for the summer it works just fine.
On Saturday morning Jake and I got into this luxury vehicle 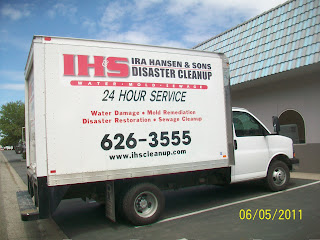 and drove to Fernly where we met Alexis, my mother-in-law.
Fernly is one of those places where, well... you just don't know how to explain. I'll throw out a few hint words and see if you can figure it out from there.
Home to 6,000 beautiful toothless citizens.
Camo.
Nascar.
Beer.
This house is called an initial meaning no one has been there since the owner moved out so it is our job to clean up the crappiness they left behind.
This was obviously a female free house.
They left clothes, trash, furniture, gigantic layers of dusk on the carpet, booze dripping down the walls, pictures of his son, broken glass, dishes (dirty in the sink), and some gorgeous yellow rings in the toilets and gobs of hair clippings in the bathroom. Oh... and I wish I had a picture to show of their front wall which was checkerboard and the giant Nascar tire in the family room. Racing everything was all over this house.
We got to work cleaning the house with no water.
I got the easy jobs like knocking the dust off the baseboards and cobwebs from the ceiling, vacuuming, etc.
Jake made a few trips to the dump and we even got a few visitors! Some local Fernly residents dropped by with their doll (a grown woman was carrying a doll with her...) to pick through the Goodwill pile. We discovered that they were having a garage sale with these items just down the road. Thrifty!
Jake and I stayed for 8 hours cleaning the house with his mom but left to go pick up his sister and cousin at the water park while Alexis stayed another 3 hours finishing this pit hole!
Oh the things we do for money.
I was so annoyed that people live so disgustingly... especially considering I'm somewhat of a clean-freak.
So next time you hear that white people don't want to do those jobs, just think of Jake, Alexis and I! Almost college graduates who clean up other peoples' crap, literally, for some good cold cash.
Posted by Erica and Jake at 9:07 PM 1 comment:

On Wednesday, I finished my 180 hours of interning for school. The last 100 hours were easy to finish because I was at the gym working for 9 to 11 hours a day... yeah. I'm so glad to be done but at the same time have that "Crap... now what am I supposed to do?" feeling. Usually this feeling takes me to a pool or the beach to just relax and maybe read and listen to my music for hours. However, I'm still searching for some water to bask in the sun next to. So far I have spent alot of time at the gym (which is probably why my whole body is incredibly sore... even the parts I didn't even mean to work out), cleaning the house and window shopping. I really wish I had a house to decorate and paint right about now. That would take up some time and keep me busy!

Jake is still working on the yards of foreclosed houses and also gets extra plumbing jobs to earn some extra cash. He has made a little more than we expected so are planning on a mini vaca to Six Flags! I may go with him on some of his work days and help out.

He has also come up with a business plan...

But this time it may be for real. Which makes me a little nervous. He has been doing some research and gotten some great feedback from business professionals. Hopefully... HOPEFULLY it takes off and makes us lots of money! That does mean we'd have to live in Reno for a few years after graduating in April.

It's so bitter-sweet to say that! I am stoked on graduating, but so very very sad to be leaving the beach. I have always said I don't want to live there long on the island long term, but we're going to have to make several return visits.

Jake and I are "all apple". I must say, it is nice to have my iPhone, MacBook Pro, and iPod all synced.

I have decided that I am ready to move on from my first car! I have been lusting after Xterras everywhere I go! I still love my little two door, but an SUV sounds so nice right now. Especially after struggling to get onto the gravel road the other day...

It was really rainy here for a few days and there is a 200 yard(ish) dirt road that goes between the house and the gravel. The rain made it pretty muddy and my little one had a struggle getting through the mud and puddles. Shout out to front wheel drive preventing me from getting stuck!

I know this wasn't very exciting and there are no pictures but there you have it. The latest.
Posted by Erica and Jake at 5:16 PM 1 comment:

This weekend, Jake and I drove to Utah with the fam to see his sister, Sarah, and cousin, Paige, graduate from nursing school.


We drove out on Friday, then back on Sunday so we could all be back for work/school on Monday.

While we were there, we also visited his mission companion, wife Jessica, and two cute little kids. It was a fun trip.
Posted by Erica and Jake at 11:12 AM No comments: 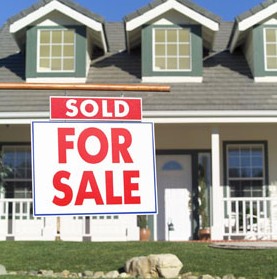 Memorial Day, Jake and I had work off. So we took this opportunity to go looking at model homes. We've been looking online at houses for sale in different states, but we wanted to get a better idea of what we liked in floor plans, and what prices are like, etc. We started out accidentally looking at luxury homes on Monday and spoiled ourselves. The prices were not bad, but the homes were still bigger than what we're looking for. Plus this is all hypothetical. We obviously aren't planning  on buying anything right now or even know if we will end up in Nevada.

The house hunting made me a little sad, though. We are renters. And then will have to rent again when we move to wherever we end up moving to until we find a house. I've also been really antsy with cheap but nice furniture I've found that we're eventually going to need. For now, however, there is not a whole lot of space to store this and I'd rather not have to rent a truck and transport it. I think we're going to have a hard enough time fitting what we already have in my little car (if, again, we don't end up in Nevada).

For now, I'll just keep on looking forward to when we go house shopping for real!
Posted by Erica and Jake at 2:20 PM No comments: