As most of you (hopefully all) should have heard, there was a 8.9 earthquake in Japan. This also gave them a 30 foot tsunami and we were warned as a state that it was heading our way. We got this on every channel around 8:30 that night that a tsunami was going to hit at 3am. Because of the events of last year, we really were not all that concerned. We live just behind the evacuation line, but downstairs so we put our things up higher and grabbed our 72 hour kit. About 2:30 that morning, we went over to our friends Jayne and Tyson's apartment since it on the second floor. Jake and I were not worried about a huge wave sweeping us away, just flooding. So... for the next hour-ish we watched this video

and then went home. What you are watching above, is the water coming in up high, and then being sucked out and yes, that is the dry reef which is usually a few feet under the water and then the water coming back in again. We stayed up for a few more hours watching the warnings and then slowly fell asleep... to wake up in the morning to an e-mail and text message from the school saying that we were still expected to attend class that morning. Yes. We were the only school on the island still in session.  We did not get much more than some dirtier beaches and broken river mouth. Maui and the Big Island had some flooding but no major damage. During this whole ordeal, Jake was sick, and still is. Poor guy, it is so sad. 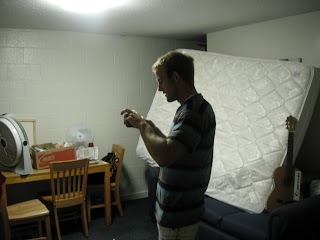 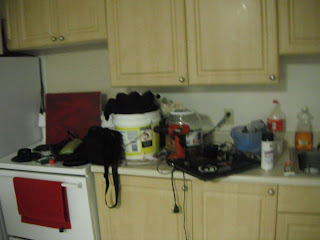