We recently finished the major parts of the nursery. There are still some little things that I want to get for the room to make it more decorated but it is such a relief to have at least the big things put together. Even though the boys probably won't use their room for sleeping for quite some time at least it is done, the clothes they have so far are washed, and our hallway is clear of baby gear. 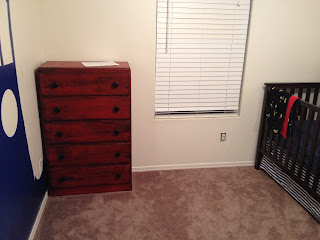 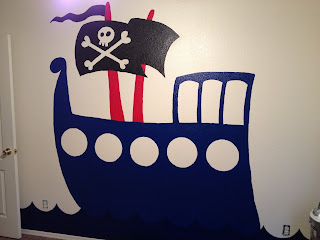 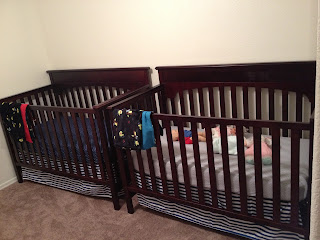 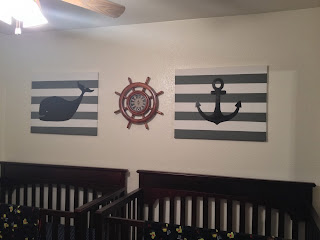 Why yes, those are dolls in the crib! We have been working with Koa on leaving the "babies" alone when they are on the floor, not jumping up when we are holding a "baby". It may sound silly, but I've heard lots of other people that have this as well. They all tell me it really helped and their dogs leave the kids alone. She was very curious at first, but now is getting much better at recognizing her boundaries.

It was weird putting up two cribs, putting away two carseats, etc. at first, but has now become so normal to us. Now it is strange to us that all kids don't come in pairs; usually one at a time. There is less than 7 weeks left before the twins are allowed to come.

And of course our current baby girl, Koa could not be left out of this! 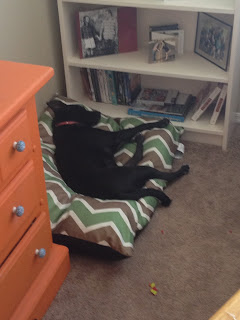 Just because she is so stinkin' cute.