The bathroom is almost done.

All that is left is to put up the towel racks, and the pictures.

Jake brought the thumb drive that has the pictures on I needed to print with him.

Don't worry, I'll put up another after. 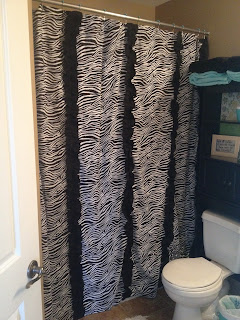 This shower curtain took a ridiculous amount of time to make. WAY longer than we thought it would. My sister, the crafty one, convinced me it would be a great idea. By the end of the project, I was actually praying I wouldn't break a window. Everything went wrong but it is finally done. 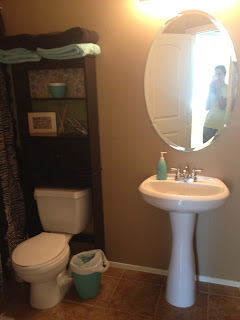 Like I noted above, we don't have any towel racks/hooks so they get stacked up on top of the shelf. Not the ideal place, but it will work for now. 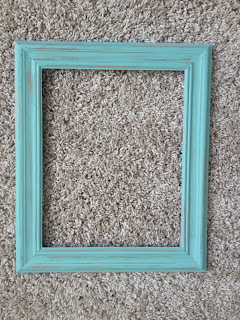 I have four of these frames. When we went to the San Diego Zoo I asked Jake to take pictures of the animals. Those are the pictures he took with him and they will go up in these frames.