What goes around comes around... I hope! 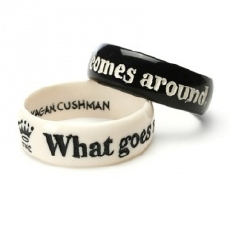 You know how people say "what goes around comes around"...? And no, I am not talking about Justin Timberlake. Does that mean that if you do a lot of good for other people in a short time span that you are going to need a lot of good from other people one day?
With in the past week-ish Jake and I have had some very interesting opportunities to do some good deeds.

Here is the first. 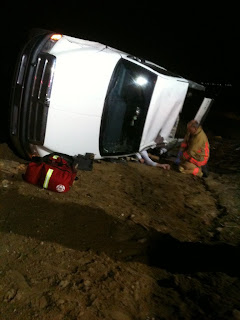 We flew into Sacramento on February 4th, where Jake's mom and little sister, Larissa came to pick us up. Sacramento is the closest international airport to their house so we then had a 2 hour drive back. We were seriously 30 seconds from their house when we came across this truck. We were the first there so Sis. Hansen called 911 and Jake talked to the man in the vehicle. Firefighters and the whole shebang showed up shortly and he was life flighted to the nearest hospital. 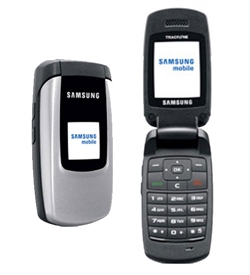 Yesterday we came up with a brilliant plan to hike from 7th hole, (a beach/surfspot/golf course) to Turtle Bay Resort. It was about 4.5 miles walking on the beach which I was told was only going to take 2 hours... but was actually 5. Tony and Nicole as well as Curtis and Shelby joined us on this adventure. Jake, (being the hero again) found a cell phone in the sand at the beach. We brought it home and were able to return it to its owner later that night. 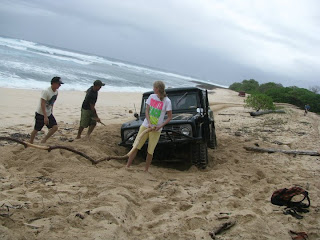 We found this poor sucker. His Bronco was ridiculously stuck in the sand. We dug around the wheels, under and around the axels, gathered wood for under the tires, etc for a good 30 minutes. His friend was much less than helpful and was rather counter productive. For example, trying to go forward and digging the wheels in deeper. So, we were unable to get the truck out but at least we tried (and their friend was on the way to tow them out).


So...
I am really hoping that this is not foreshadowing devastation to our little family in the near (or even at all) future.
Aloha oe.
Posted by Erica and Jake at 5:13 PM