First term finally ended (praise the heavens)! There was a one week break before the semester which also happened to have our anniversary in it. Jake also had to go do some business on Maui, so I got a few days off and we went with another couple to Maui.

We did a bunch of fun stuff including the Road to Hana, the Seven Sacred Pools, the Venus Pool, a black sand beach, snorkeling hiking, beaching, eating wild coconuts that we found/husked/opened all by ourselves, sleeping, gazing romantically into each others eyes, etc. Oh... and we accidentally (I promise) stumbled upon  nude beach which was traumatic and hilarious both at the same time.


Take a look at the pictures so I don't have to write all about it. 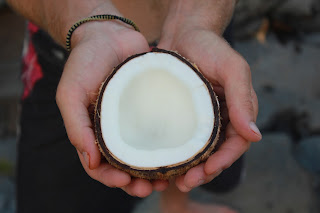