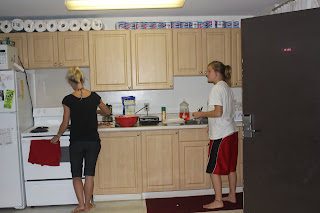 Shelby and Curtis also came by for a bit and brought some of Curtis's yummy birthday dessert. It involved pudding, graham crackers and frosting. Mmmmm....
Posted by Erica and Jake at 1:55 PM