Quite often I make fun of Jake... excuse me... JaCOB for being "old". Sometimes it's just because I need to pay him back for something but others because I genuinely do not know about these things that he's reminiscing about.

A few weeks ago Nicole and Tony picked us up from the airport and they had a conversation about floppy disks the size of plates and a cartoon called Eek the Cat...?

Nicole and I were clueless about these things. We were obviously not born in the 80's.

Tonight I was introduced to Fievel from An American Tail. Jake broke out into song (which is a regular occurrence in our house) that I did not know. Being hopped up on Excedrin Migraine, Pepsi, and quesadillas I quickly Youtubed it and you would not believe the expression of a 5 year old boy that took to his face. His eyes lit up, his mouth gaped open, and he placed his elbows on his knees and face in his hands leaning forward towards the screen in pure enjoyment. I tried to snake a picture but I was laughing way too hard. He was so excited to tell me the background behind the song and the plot to this old cartoon.


And with no further ado...
Click to see Fievel.
But if you really want to be entertained watch this fabulous 80's version.
Pure gold... 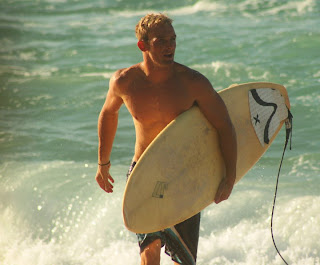